So How to choose the table tennis ball? While considering to buy a table tennis ball, you should consider the dimensions(40mm, 2.7gr), the stars on it, the material it’s made of, the color and the price of course. Let’s deep dive each property briefly.

The reason behind this decision is to slow down the game and improve visibility. The improvement in racket production technology and speed glue had increased the speed of the game. Increasing the ball size from 38mm to 40mm helped to slow down the game, increased the length of the rallies which helped television appealing. Also, large balls are not as receptive as small balls which is another effect on the length of the rallies.

What is the difference between 40 and 40+ table tennis balls? The real difference is the material; 40 balls are made of celluloid whereas 40+ are non-celluloid or called non-flammable, such as “Plastic Polystyrene”(Poly) or “Acrylonitrile Butadiene Styrene”(ABS), etc. You may hear it as non-flammable plastic, too. They transport more safely and more environmentally friendly.

The ITTF raised the lower tolerance limit for the ball up to 40.0mm minimum(this is why they are called as 40+), forcing manufacturers to make a larger plastic ball. The ball is measured using a calibrated electronic device with a precision of at least 0.001mm and measures the diameter with a precision of 0.01mm to provide the related rule of “The ball shall be spherical, with a diameter of 40mm“.

What is the table tennis ball material? The ball shall be made of celluloid or similar plastics material and shall be white or orange, and matt, as stated in ITTF 2019 Handbook(2.3.3). Celluloid ball was first introduced and used in the early 1900s in table tennis. In 2011 ITTF decided to promote plastic balls, and in 2014 July 1st, ITTF events started using Plastic Polystyrene ‘Poly’ balls. Now both, celluloid or similar plastics materials, are being used.

Although the playing characteristics of the new balls are unique, it is very similar to celluloid. They transport more safely and are more environmentally friendly. It is up to national and regional table tennis governing bodies to determine what type of ball to use for their tournaments.

Here is a small tip: If the same manufacturer makes both 1,2 and 3 star balls and ITTF approved, the 1* and 2* balls are basically the same ball, but marked after sorting. Those that meet the strict quality requirement of ITTF approval are marked as 3*, those don’t quite meet the weight, size, roundness & veer requirements become 2* or 1*, depending on how close they are. So they are perfectly fine and very similar to 3-star. If the ball manufacturer does not make 3* ITTF approved balls, and only makes 1* or 2*, or even “no star” balls, there is no way to know how good the balls are.

By the way, some companies market their balls as 4 or 5-star to outdo others. Know that 3-star ball is really equivalent of a 5-star ball of another brand if they are both the brand’s highest tier rated balls.

As a customer, we will be able to choose the brand and the star for quality purposes while buying a table tennis ball. If you question how the producers and ITTF take the actions on quality, here they are:

If you want some more for the production process you can find it in here; How Table Tennis Balls are Made on YouTube.

The stamp on the ball may cover an area no greater than 280mm² and in maximum two colors. The same color and combination must be used for all balls of the same brand. The mark must also include ITTF initials or logo, brand name, made-in country, 40/40+ data.

What is the difference between seamless and seamed table tennis balls? Seamed balls (all celluloid balls and most plastics) are constructed from 2 halves glued together, that forms a visible joint or a seam. Seamless balls have an almost perfect sphere.

A seamless table tennis ball came onto the market in 2012 (by Xushaofa). Seamless balls are a lot more durable and floaty, however, the manufacturing process for these balls is still the subject of refinement, so sometimes only half of your balls will be viable for serious play, though most defects are removed at the factory. The very first produced seamless table tennis balls bounced quite high, sounded horrible as if they were broken, and really lacked in the spin.

View all posts by gokaysy → 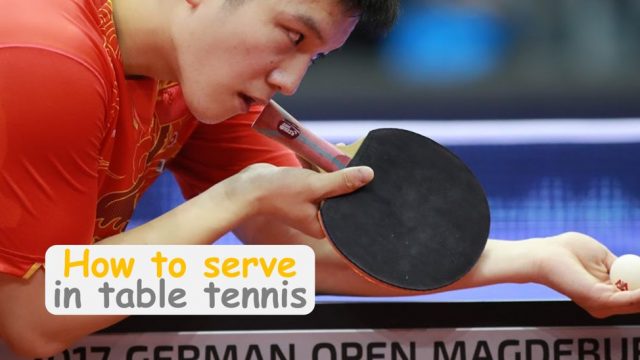 How to serve in table tennis

How to serve in table tennis? The Server must rise the ball up 16 cm with the palm of the free hand near vertically upwards, without any spin. Then the server strikes the ball while the ball is falling so that it touches first his/her court and then touches directly the receiver’s court. 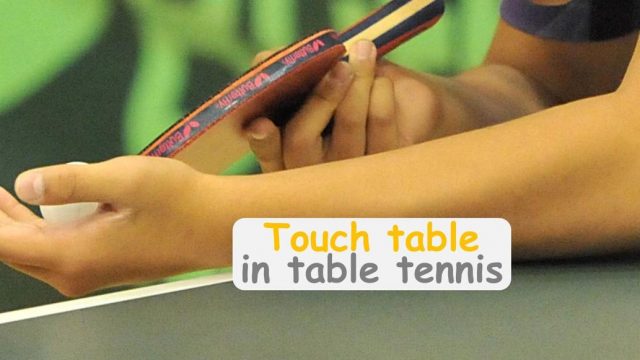 Can you touch the table in table tennis?

Your free hand, that does not hold the racket, can not touch the playing surface of the table. However, If your hand that holds the racket or racket itself or your clothes or your leg, touches the table, the rally continues unless you move the table. 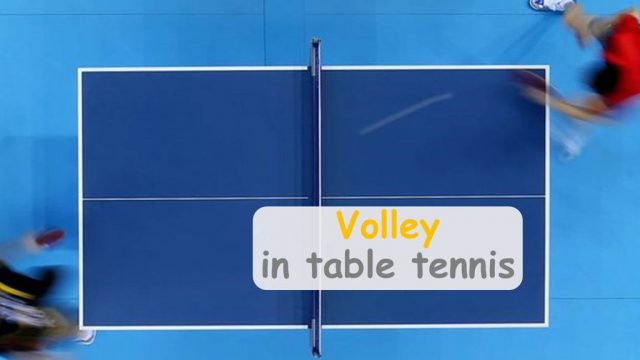 Can you strike the ball before it bounces in table tennis?

You can not hit the ball until it has bounced on your side of the table. In other words, volley is not allowed. You should wait for the ball to continue its path.

Where to play table tennis in İstanbul 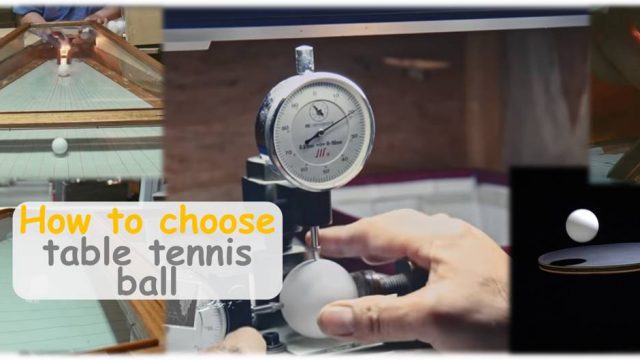 While considering to buy a table tennis ball, you should consider the dimensions(40mm, 2.7gr), the stars on it, the material it’s made of, the color and the price of course. 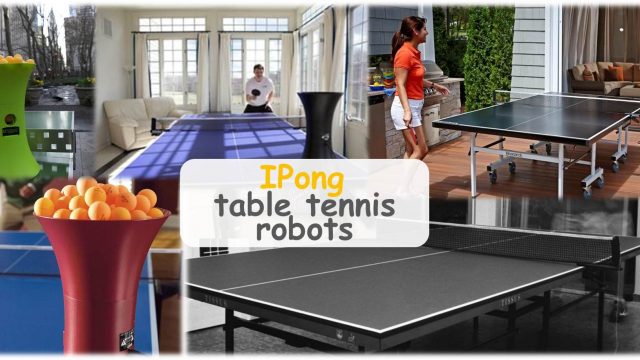 Which sport is best for you and your child? – Table Tennis?

What are the benefits of table tennis for you and your children? Benefits of table tennis are Reflexe, Balance, Hand-Eye Coordination Improvement, Keeping Brain Sharp and Preventing from Dementia/Alzheimer, Ease of Continuity, Burning Calorie, Low Risk of Getting Injured, Core Muscle strength and Quality Exercise for the Joints

Daily calorie need and calorie burn of your body

Calorie. A keyword on daily calorie need and daily exercise calculation and BMR. How many calories do our body need for one day?

I listed 115 best playing areas of 5 boroughs one by one. Football, basketball, baseball, billiards, tennis, darts, bowling, canoe and more. 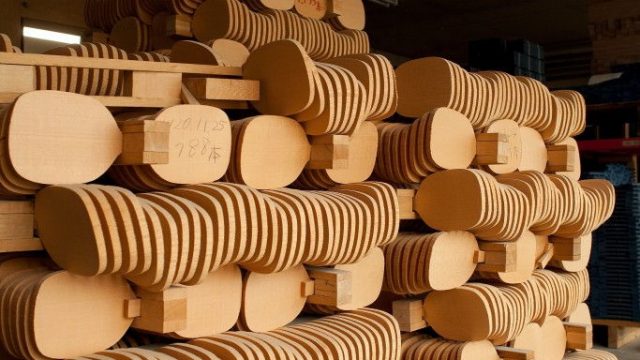 Speed, spin and control are the most important factors. The blade, grip, rubber and sponge are the parts of table tennis racket. Find parts & How to use. 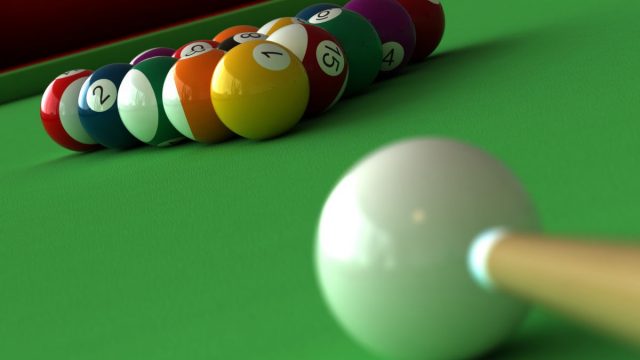 I was at the middle school when I first shot the cue ball in a billiards coffee. It was amazing. Then I played many times till today. It has been years. I played 8 balls, cushion, snooker(less), etc. Last week, while I was searching for some videos through YouTube, I realized that in fact, I know nothing related to the geometry, the diamonds on the table. Be sure, I am able to do a 5 rail kick and get the shot, but just by feelings not by knowing exact point to shot.Now I am on a journey to understand and show you everything I learn about the geometry and diamonds and approaches and whatever on billiards. I hope you will enjoy. Multi-Rail Bank Shot Case You need to do a very easy shot to the corner pocket, but there is a problem; your opponent’s ball is between the cue ball and yours. If there is another shot you can make, it is great. But what if there is no other ball? This is just a simple reason for a multi-rail bank shot.If you are not very new to playing pool billiards, you will guess to do a 3 (multi) rail […] 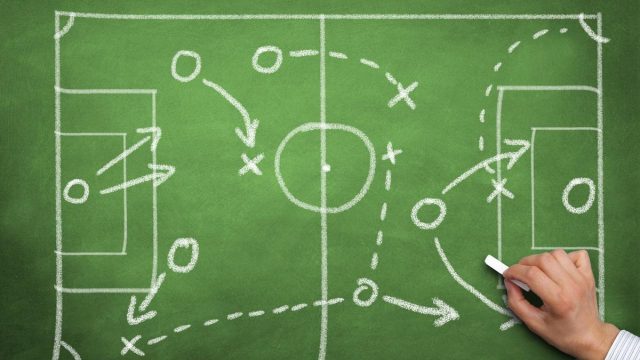 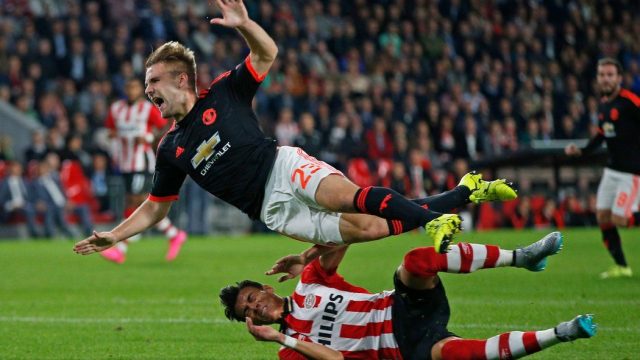 Every week, footballers do incredible things, and then we say exaggerated things like, “I’ve never seen anything like it! Let’s face it: it’s fun to talk about football and have more fun to exaggerate football, records, things that have never really happened and are just as fun.

Did you know that nowadays favourite game Football struggled with too many opponents including courts, military, Kings, etc. Why? Why did Football banned?

History of Football – The Origin